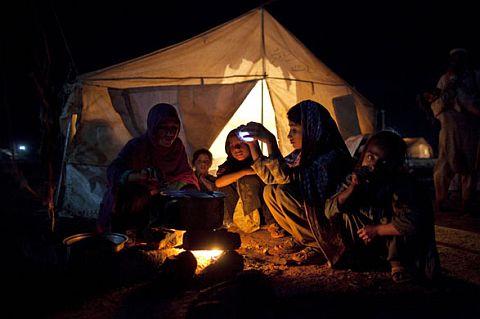 According to latest appeal from UN and WHO, extra funding is urgently needed to strengthen disease control efforts, re-stock rapidly declining supplies of essential drugs and improve access to reproductive health services in north-western Pakistan.

WHO again warned that the agency could run out of supplies of some key drugs within two or three weeks due to lack of funds. It is vital to reinforce existing support structures and therefore to increase the number of health-care and other workers who can help the displaced, particularly women. Over 90 percent of displaced women from Swat and nearby districts and towns are illiterate. Language is yet another barrier for them to communicate their health problems to non-Pashtu speaking visiting doctors or medical practitioners.Ethnic Pashtun women prefer not to be treated by male doctors or medical staff and provision of female staff who can understand the local language is a challenge.

The UN earlier estimates there are about 70,000 pregnant women among the people displaced from Swat, Dir and Bunir districts. More than 250 births take place every day in the camps and public buildings with as many as 40 pregnant women facing life-threatening complications without proper medical assistance as reported by Oxfam.

A lack of donor support for the health response to the situation in north-western Pakistan is particularly worrying.