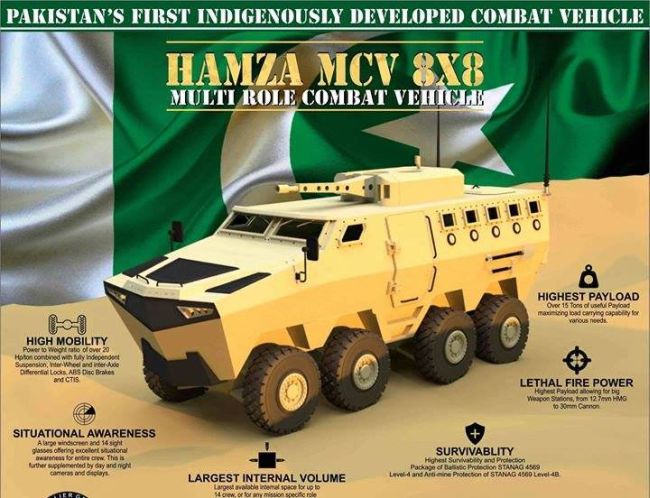 Exhibitors from more than 30 countries, including Pakistan, are displaying their weapons and military technology in the exhibition with a slogan Arms for Peace.

Here are some of the glimpses from Ideas2016:

Ideas 2016 was inaugurated by Primer Minster Sharif. COAS General Sharif was also present in the ceremony

What is on exhibition in Ideas2016

Some Of The 'Made In Pakistan' Small Arms Showcased at #Ideas [Part 2]. #ideas2016 #PakistanArmy pic.twitter.com/QiF0VnI9qC

Some Of The 'Made In Pakistan' Small Arms Showcased at #Ideas [Part1]. #ideas2016 #PakistanArmy pic.twitter.com/KYhO3r3WTH

Some Of The Vehicles, Weapons & equipment on Display at #ideas2016 #karachi pic.twitter.com/G1dbWWNPwr

Getting ready for Ideas2016

So glad they put all these containers around the venue to make sure the guns and tanks don't get out and kill people. #shukriaRS #ideas2016 pic.twitter.com/DVko9aUUIa

Traffic chaos due to Ideas2016

Express Tribune reports on the traffic chaos on first day of IDEAS 2016:

Traffic woes became worse – as expected – in most parts of the port city on the first day of the ninth International Defence Exhibition and Seminar (IDEAS), which is currently being held at Expo Centre, as major roads leading to the venue remained blocked.

To add to the misery of the people, broken roads inundated with sewage water were used as diversions, which were also not controlled by traffic policemen. Moreover, public buses and rickshaws were also barred from entering major streets of the city.

The traffic started slowing down early in the morning mainly in Gulshan-e-Iqbal when hundreds of drivers, who were unaware of the alternative routes announced by the traffic police, stumbled upon roadblock at University Road.

By afternoon, the traffic system on every major artery almost collapsed causing a gridlock.

The official website of Ideas Pakistan event is here.