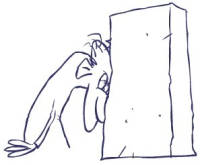 Every body has a book in his mind, as they say. But, everybody trying to write one is a different thing, and self-publishing one yet another. There are lots of considerations that induce people into writing about various things: people, events, ideas, issues, passions, observation, noble causes, problems and more. Some of these are pricked by their strong sense of right and wrong to raise their voice for or against a cause of their own or of their community’s interest, while some others do it to cover up some disrepute and or misdemeanors. There are those who do it for amusement. And the ones for whom writing is a career. Of the many other classifications, there is a class of writers and it is a very well populated fraternity that takes its writings as a means to achieve an end. The end, of course, varies from person to person, but the mercenary passion with which the community members market (yes, market) themselves remains constant.

As a sub category of this specie there are among them the innocent writers who keep visiting publishing houses simply in a hope that some day someone will be convinced about the great idea presented by them and will be willing to invest on the publication of their work. The writer whom I am going to profile here is a commoner. That seems to be his first problem. When the first time he took the draft of his book to a well-reputed publishing house, the owner of a publishing house enlightened him to go do something else instead of writing. My writer friend was surprised with how the owner had given his opinion even without setting an eye on the draft of his life long labour of love.

My friend did no lose heart though. He kept visiting publishers “who would publish his book and give him royalties and he would grow famous and rich and then he would write some more”. Somebody had told him that this is what happens to every new writer. After a lot of legwork and listening to many unfavourable remarks, he came to the conclusion that they are not going to benefit from his work. They were unlucky!

And finally he decided to become a publisher of his own book. He thought that after the publication of his first book people would discover the gem in him and would come searching. Now the first problem was finances. He consulted his wife who was very proud of him but unable to help financially. She advised her husband to get one copy printed to be kept in their drawing room so that any body could see that “we” have written a book. The idea was very sincere but hardly practicable. Then he consulted his friends. Everybody gave his opinion with a varying degree of sincerity. But one of his friends was most candid. “Do you have a car, bank balance or any other sellable assets, asked a friend? The answer was obviously no. The candid friend told him that he was already living a miserable life so why not get a loan from the bank and publish a book? Banks are so eager to offer personal loan these days. Of course every thing would be all right once the book was published added the friend reassuringly. And the writer agreed to do just that. Why had this simple idea not come in my mind my friend kept thinking?

Composing, printing, binding, and finally the book was published and dumped in the house of the writer. It was a great boost to his already highflying ego. A new marathon to market and sell (read dispose of) the book started. The writer kept the copies of his books for display at all the bookshops in the city (who agreed to that). How he managed to keep his book in display windows of the bookstores is yet another story. But after six months once he went about to collect the sale proceeds he, to his horror, found out that only four books had been sold. Who were those four patrons?

Now the writer started distributing his book to his writer friends other members of the fraternity — with a hope that they would write about him and his book in the press and he would get noticed. But the best remark he could get in the press was that this: “He is very promising and upcoming writer of the future.”This is a crux of my lifetime experiences, empirical observations and research findings. What else I should come up with he thought in awe. The others have nothing new, they just write rumours and yet they are published as well as sold and appreciated. The newspapers carry their profiles and interviews. Why not me?

On the advice of yet another sincere friend the writer managed to pursue a “writers’ forum” in the town to arrange a book launching ceremony. Sitting on the stage between the chief guest and a few guests of honour and listening to the speakers talking about him my friend kept thinking about writing his next book. During high tea (that was financed by the writer himself) after the speeches, the spirits of my fiend was at the zenith.

Over a period of time and after a lot of sittings with my “writer friend”, I have found out what he thinks about future. He is convinced about two things: One that he is a great writer and has to be ‘discovered’ by others some how. Second, or else, as written by Kevin Kelly (in some other context) in a recent cover story in time, “The page (and reading and writing) will die. Who will adhere to the linear rationality found in books, new and old?” But I dare disagree with my friend