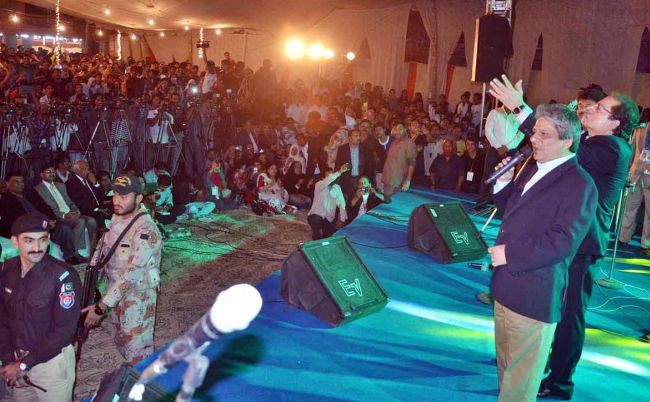 After the success of Pervez Musharraf in singing it seems that he’s having a tough competition. First one to follow him in this regard was Chief Minister Punjab, Shahbaz Sharif. He showcased his talent in Geo TV’s Independence day special program “Bachay man kay Sachay”. Next in the lime light is Governor Sindh, Dr. Ishratul Ibad Khan. He has the credit of singing a song under his belt an year ago in the same program. The recent performance has stolen the show for sure. Governor Sindh sang a National song at the prize distribution ceremony of “Youth Festival Karachi”, held in connection with Independence day celebrations from 13 to 16 August under the auspices of the Department of Youth Affairs, Government of Sindh, in collaboration with the Arts council of Pakistan.

Let’s see who will be the next singing sensation.