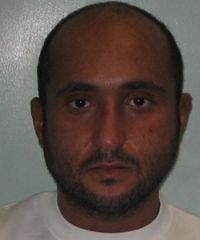 I’m against capital punishment (because innocent people are often hanged on fabricated evidence), but when I read about this 34-year old homosexual Saudi prince raping, torturing and killing his black servant, I wished he’d be sentenced to death. But since the death penalty has been abolished in the UK (as well as the EU), the killer got life imprisonment (which means he’ll be out of prison after twenty years or so).

Of course, if this had happened in the prince’s native Saudi Arabia, nothing would have happened to him (although homosexuals should be killed, according to Islamic law).

Despite its lofty pretension of being an Islamic state (which usually means forcing women to wear black burqas and not allowing them to drive), Saudi princes can do anything they want and get away with it. Apart from one execution (that of the killer of King Faisal), no member of the royal family has ever been punished, even though many of them indulge in gambling, killing, raping and drug smuggling.

Justice in Saudi Arabia of course is for poor natives and foreigners. A Pakistani or an Indian accused of stealing can lose a hand, but if a Saudi is caught stealing, he or she is usually let off with a warning. Despite knowing this, most Pakistanis to the Holy Land think there is real Islam in that country. Nothing can be further from the truth