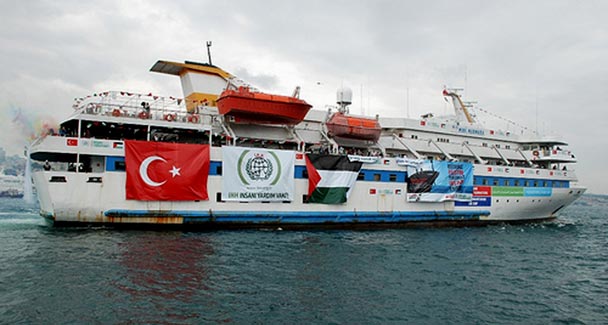 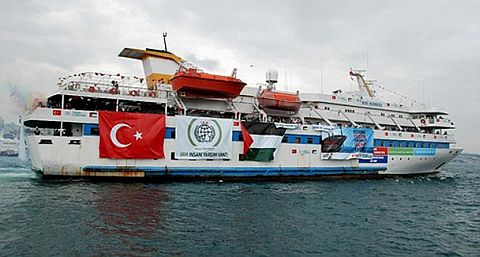 The Freedom Flotilla aid mission destined for blockaded Gaza was on the last leg when Israeli soldiers had attacked the fleet leaving at least 20 people dead and over 50 injured. The army violently boarded the Turkish ship and opened fire at the passengers before hundreds of soldiers attacked all ships at once and occupied them. The act was brutal, inhuman and constitutes a flagrant violation of international law and norms on the eve of talks between President Barack Obama and Israeli Prime Minister Benjamin Netanyahu.

The ships were in International waters 20 miles away from Gaza waters. Israel claimed that its soldiers were attacked with knives and batons. The Israeli Television reported that the number of the dead might rise, adding that the Israeli naval forces seized the Flotilla and forced it to sail to the Israeli seaport of Ashdod.

More than 700 people were on board, most of them from international NGO’s, activists and people of various nationalities (from 50 countries around the world), religions and from all walks of life. The ships were carrying about 10,000 tones of humanitarian aid, including medical aid, food, clothing, prefabricated homes, children’s playgrounds, stationery items, iron bars and cement. This was the first large cargo, and the amount of aid delivered to date had been largely symbolic. The high-profile mission also sought to raise international awareness to the plight of Gaza.

The flotilla was organized by pro-Palestinian groups and a Turkish human rights organization. Turkey had urged Israel to allow it safe passage for the convoy as it was carrying humanitarian aid. Pro-Palestinian activists have landed in Gaza in defiance of the embargo five times; with another three unsuccessful attempts since their first such voyage in August 2008.

Israel and Egypt tighten a blockade on Gaza after Hamas took over the territory in 2007. Israel launched a devastating military offensive in Gaza in December 2008 with the aim of halting daily rocket fire towards its cities. Since then most of the 1.5 million Palestinians living in Gaza rely on aid. The United Nations and Western powers have urged Israel to ease its restrictions to prevent a humanitarian crisis which Israel denies.

Israel is still not allowing the media to enter the make-shift prison in Ashdod where the activists are currently held, and towed the ships to its ports. The number of casualties could be more than announced due to the ongoing Israeli media blackout.

Palestinian President Mahmoud Abbas called for three days of mourning in the Palestinian territories to honor the lives lost while eyes are on the Nobel peace prize winner, US president Barack Obama to step forward against brutal ambush on unarmed humanitarian mission members.

Talat Hussain, Executive Director Aaj News, along with his team members was also onboard one of the ships. He is out of contact since IDF attack and apparently has been taken hostage by Israeli forces.