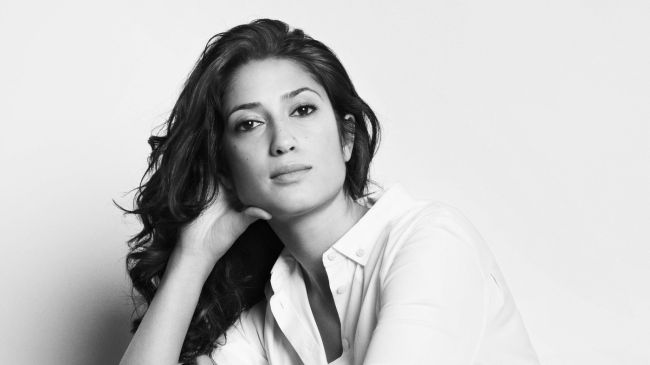 With looks of Mir (Murtaza Bhutto) and intellect that marks her as one of the Bhutto clan, Fatima Bhutto represents Generation-Y of Pakistani political leadership. She entered political arena after death of her father, Mir Murtaza Bhutto. She has been coached and trained as next chairperson of Pakistan Peoples Party (Shaheed Bhutto Group), PPP faction created by Murtaza Bhutto currently supervised by his widow, Ghinwa Bhutto.

Fatima Bhutto established herself as strong critic of Benazir Bhutto. Her articles published in Pakistan and abroad severely criticized policies and strategies of Benazir. She obviously had a personal vendetta against Benazir Bhutto, her paternal aunt, as evident from her op-ed for Los Angeles Times

And I am suspicious of her talk of ensuring peace. My father was a member of Parliament and a vocal critic of his sister’s politics. He was killed outside our home in 1996 in a carefully planned police assassination while she was prime minister. There were 70 to 100 policemen at the scene, all the streetlights had been shut off and the roads were cordoned off. Six men were killed with my father. They were shot at point-blank range, suffered multiple bullet wounds and were left to bleed on the streets.

My father was Benazir’s younger brother. To this day, her role in his assassination has never been adequately answered, although the tribunal convened after his death under the leadership of three respected judges concluded that it could not have taken place without approval from a “much higher” political authority.

However, sudden demise of Benazir Bhutto has shocked and transformed Fatima. In her article Farewell to Wadi Bua, we see a grief stricken young-adult, expressing loss of a close relative:

I am in shock because I have yet to bury a loved one who has died from natural causes. Four. That’s the number of family members, immediate family members, whom we have laid to rest, all victims of senseless, senseless killing.

If having ‘Bhutto’ as a surname is suffice to chair Pakistan People’s Party, Fatima Bhutto is more legible for the position than Bilawal Bhutto Zardari. Jemima Khan echoes this in her article “If a Bhutto must run Pakistan, why not Fatima?“:

The justification for the selection of Benazir’s son as chairman was that only a Bhutto could provide unity within the party. If so, then why not 25-year-old Fatima Bhutto, who is arguably more qualified for the job than her teenage Facebooking cousin? If everything’s in a name, Fatima need not have changed hers in order to inherit. Brought up in Pakistan, unlike Bilawal, and a native speaker, she is an established writer and political commentator. At least she has some work experience. Aunt Benazir’s first-ever job was prime minister of a 160-million-strong nation.

It helps, in a lookist society, that she’s also as beautiful as her aunt – a young Salma Hayek lookalike – and has similar tragic appeal: orphaned, like most Bhuttos, as a result of a political assassination. Fatima is also politicised and outspoken. Too much so. She repeatedly accused her aunt of being complicit in the murder of her father and savagely opposed Zardari. That ruled her out.

The real reason Fatima is my favourite Bhutto, though, is that she has the sense to realise that a few good articles and the right surname don’t qualify her for leadership. Unlike others in the family, she rejects the notion that political power is her birthright: “I don’t think my name qualifies me or makes me the best person.”

Unlike Bilawal, Fatima Bhutto does not require change of name to become a ‘Bhutto’. If PPP chair is handed over to her she may be able to bring rivals like Mumtaz Bhutto and Aftab Sherpao on board. Otherwise PPP is going to disband in various factions, sooner or later.

Now the question is, will she claim the Bhutto Throne?

7 thoughts on “Fatima Bhutto: Will She Claim the Bhutto Throne?”