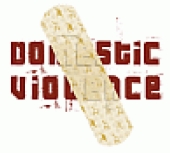 It is repeatedly mentioned that education is the solution to domestic abuse. However, it can be seen that educated husbands abuse their wives and educated and working wives do nothing about it. Has education really provided a solution. And when the working woman puts up with abuse, what hope is their for woman who is not independent.

There seems to be a false sense of “respect” that is built in the society in the subcontinent. If a woman does take the brave and correct step of leaving her husband, it becomes a source of shame, and on top of that, if the abused woman has sisters, it becomes difficult for them to get married. When society builds these kinds of “rules,” they only aid in the abuse that takes place against wives.

One thing that really needs to be addressed is that culture should not be confused with religion. Both Muslim men and our culture oppress women, but that has nothing to do with Islam. People keep blaming Islam for the actions of it’s people. That is like blaming a car for an accident. On the point of oppression, people from all religions oppress women, but it is only Islam that is brought in the middle.

There is a shocking amount of abuse in the west too. In a library in the west, I stumbled upon a section on domestic violence. I was shocked to see the level of abuse even in the west. It was an eye opener. When even western women, educated and liberated, are not willing to leave abusive husbands and boyfriends, what hope is there for the woman in the subcontinent.

Why do women do this to themselves? What is the point of going to school, getting a degree, getting a job, and then putting up with abuse.