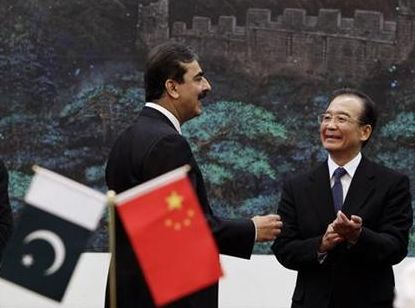 In my last article, I took a brief look at Pak-US relations during the Ayub Khan era (1958-69) which were basically driven under the clout of cold war.

These relations were at the lowest in 1971 because of the East Pakistan debacle, but then we saw an upsurge in these relations after the invasion of USSR on Afghanistan in 1979.

Eventually with the joint efforts of Pakistan and other Islamic countries along with the USA, Afghanistan was liberated that ultimately led to the break-up of USSR in 1991. But just like 1971 Pakistan was left in the cold waters.

The relations between Pakistan and USA jump started after the events of 9/11, since then are going up and down like a roller coaster ride. Some of our political leaders are of the view that Pakistan should call a halt to its relations with the sole super power while others ponder that we cannot afford such a blatant move.

I am of the view that certainly having the biggest economy of the world and having a strong say in the global political affairs we cannot abandon our cooperation with the USA neither can we afford our economic rehabilitation without their budgetary support and defence aid. But it is about time to take advantage of the strategic location and the complexities of the world order at this critical juncture in time.

This year marks the 60th anniversary of Sino-Pak relations. Pakistan has an enduring, multi-dimensional and deep-rooted relationship with China. The long-standing ties of friendship between the two countries are underpinned by mutual trust and confidence. A close identity of views and mutuality of interest remain the hallmark of bilateral ties. Pakistan has always supported China on all issues of importance to the latter, especially those related to the question of China’s sovereignty e.g. Taiwan, Xinjiang, and Tibet and other sensitive issues such as human rights.

In 2010 Wen Jiabao visited Pakistan in which more than 30 billion US dollars worth of deals were signed. Pakistan China friendship center was inaugurated in Islamabad by Prime Minister of China Wen Jiabao. The People’s Republic of China’s military relationship with Pakistan’s military has often been regarded by the leaders of both countries as all weather and time tested.

It is about time that our relations should become more Sino centric rather neighbour centric as opposed to US centric only. The recent ongoing visit of Prime Minister Yousuf Raza Gilani may prove just the right tonic towards the achievement of this goal. We should not only get full advantage of the military might that China posses but continue being their trade partners. On the other hand we can get China’s help in our coal and gold mining, as well as their help in completion of various projects.

This is the ripe time to diversify our foreign policy and take it to a new height where we are not dependent upon just one country.

13 thoughts on “Diversification of our Foreign Policy: Never too late!”