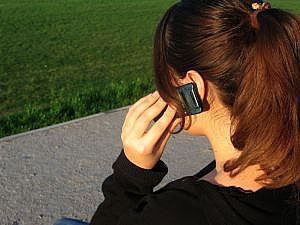 Along with the obsession with cell phones, the craze for girls cell phone numbers has escalated.

There are many websites which list girls numbers by cities. Is it even legal to list anyone’s number on your website without their permission? The amusing part is, a lot of the numbers are fake. They are just there to get traffic. A lot of these websites even have girls pictures next to the numbers. These pictures do not belong to the girls whose numbers have been listed.

What seems to be the worst part is some girls listing their numbers on social networking websites, asking boys to send them SMSes and poetry. What these girls should know is that a lot of men on social networking websites are married, some are real psychos, and others may have STDs. All in all, it is unsafe to get in contact with strangers and start a friendship with them.

Why these girls trust strangers is beyond me. It is unsafe for various reasons, especially in this day and age. Girls harassed on cell phones is nothing new. And harassment is sometimes the least of some girls problems, when they regret having trusted someone they met online who now won’t leave them alone.

However, the girls involved in this are a minority. Most of the time, it is guys who are the culprits. Many times they exchange girls cell phone numbers with each other, which is obviously wrong. At other times, they send missed calls, hoping that some naive or desperate girl would call them back in the hope of striking a friendship.

Girls are given cell phones by their parents for emergency reasons. They are a handy tool in case something dangerous or unexpected takes place. They are not given to them so that unknown guys can call their daughters up and harass them.

It is really pathetic to spend time and money calling unknown girls for the purpose of friendship or to simply harass them. Guys should pay attention to education and religion, and find something better to do in life. Also note that today you harass somebody’s sister or daughter, tomorrow someone will harass your sister or daughter.