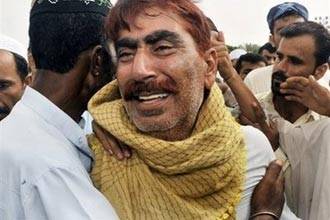 Four bombings hit Peshawar and rocked Pakistan on Thursday killing thirteen people and injuring more than 120 people as the Pakistani government put a bounty on the heads of Taliban leaders in Swat, Al Jazeerah reported

Gun battles then broke out between police and insurgents and shortly afterward, a suicide bomber rammed a car packed with explosives into a police checkpoint on the outskirts of Peshawar, killing four policemen and injuring 15 people, officials stated.

The fourth attack killed a policeman and two passers-by and 13 people were wounded as a suicide attacker exploded an auto-rickshaw near a police checkpoint in the city of Dera Ismail Khan, about 320 kilometers (186 miles) south of Peshawar, local police chief Iqbal Khan said.

The government has now declared it will defeat the Taliban and posted in advertisements a reward of five million rupees ($60,000) for the capture, dead or alive, of the Taliban leader in Swat, Maulana Fazlullah, and smaller bounties for 20 of his comrades, in several newspapers.

The latest violence in Peshawar will further test the central government’s determination to take on militants whose grip on parts of the country has strengthened considerably this year.

Ayaz Amir, a columnist at The News, a Pakistani newspaper, told Al Jazeera: “I think most people realise this is not going to be a short war. Pakistan and the army are in it for the long haul.

“Even ordinary people on the street realise it as well and if they needed any more evidence, they could look to the large number of refugees who have come from different areas. People also realise how bad the situation is. I mean, what is the alternative? There are none.”