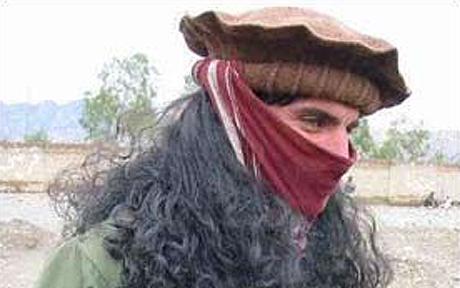 Baitullah Mehsud, the chief of Tehrik-i-Taliban Pakistan, had a narrow escape when he left only moments before an attack by US drones killing 80 people on the funeral of Khoze Wali, a militant commander in South Waziristan. The attack took place when a large number of people had assembled for the burial of Afghan militant commander, who had been killed in a similar missile strike reported by Dawn.

The strike, however, claimed a significant scalp in the shape of Qari Hussain, a lieutenant of Baitullah who was popularly known as Ustad-i-Fidayeen, or teacher of suicide bombers. Circles in TTP had widely tipped him as Baitullah’s successor. Some officials believe that Commander Maulvi Sangeen Zadran had come from Afghanistan’s Paktia province to attend the funeral of one of his key colleagues and the drones might have picked up his movement.

However, some locals said several Taliban commanders, including Baitullah and Sangeen, attended the funeral, but left moments before the strike. Drones now have seemed to home in on Mehsud and his men, who pose a growing threat to the security in Pakistan through scores of suicide attacks in the country, it said

Though the strike on the funeral appeared to have included only two mid level Taliban leaders among the scores killed, it presented a clear blow to Mehsud’s operation, showing the deadly proximity of the drone attacks to his areas and even the possibility that he was a target, the Times said in a report.

The government of Pakistan should discourage these Drone attacks and Killing Taliban is one aspect to counter the insurgency. Unless we reach to the core and nip the evil in the bud, the cancer will re-emerge. It though seems that US is not serious in hitting Mehsud.